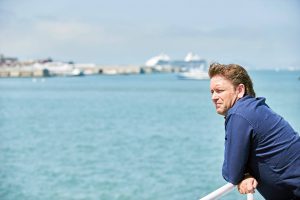 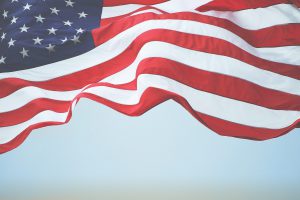 Hot on daytime TV is the new show “James Martin’s American Adventure”. If you loved James Martin’s French Adventure and love all things America then watch this show. Travelling from West to East from LA to New York, James will explore some of the icons of American food as well as discovering hidden treasures, way off the beaten track. It will leave you hungry while watching… I am in love with this programme and I am sure you would be too if you love James Martin and cooking. I will round up what the first few weeks has bought us in this new hot off the press TV show and the great recipes he has cooked up to try in your very own hub of the home.

It first aired on 12th February @ 2pm on ITV. The first stop was Napa Valley with an exclusive tour of The French Laundry with the great chef and owner Thomas Keller. 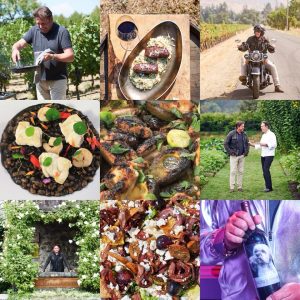 He then went along the California’s Pacific Coast on the 2nd episode, where he rode through Santa Cruz, visited a local farmers’ market, cooked on a family farm and gave surfing a go. 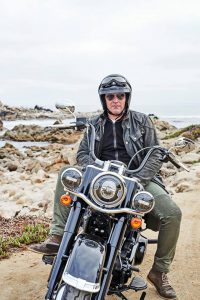 3rd episode saw him hit San Francisco. Cooking on board an historic warship the SS Jeremiah O’Brien, exploring Chinatown and taking an exclusive look at the Ghiradelli Chocolate Festival. 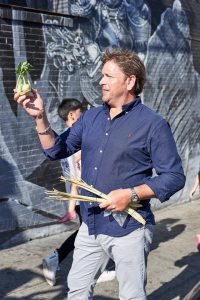 The American Adventure continued on the 4th episode with a visit to the famous vineyards of Sonoma County. He managed to cook on a winery and farm, visited Single Thread, a farm and restaurant run by a passionate husband and wife team, and met a Tibetan artist who is undertaking a five-year long ceremonial painting! Wow that was quite alot in one episode! 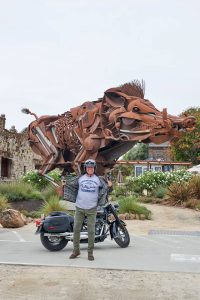 The first week of the American Adventure concluded with a pit stop at the world famous Sonoma Raceway in the 5th episode. Seeing the preparations for the IndyCar season finale and be a passenger around the track by the King of American motorsport, Mario Andretti! He also cooked trackside, visiting foodie hotspot Shed and headed over to Mario’s vineyard for a glass of wine and a chat about all things motorsport. James Martin loves a bit of motorsport! 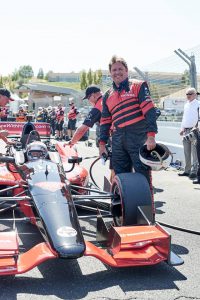 The second week saw a trip to LA with James and the team in a vintage Porsche! There were loads of foodie highlights including an incredible food market in Santa Monica, cooking on the beach and a visit to the world renowned chef Wolfgang Puck at his Beverly Hills restaurant CUT, James helped out in return for a bite of the best steak in town! The episode was all wrapped up with a gorgeous pizza at the end! YUM YUM! 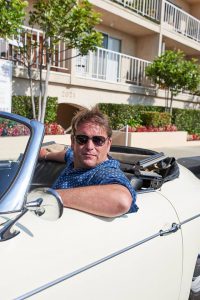 After LA, James then headed to San Antonio in the 7th episode. He discovered how prohibition helped shape the city, and the use of traditional flavours and ingredients to cook his own take on Mexican food. He also met the brilliant chef Johnny Hernandez and tried some amazing food! 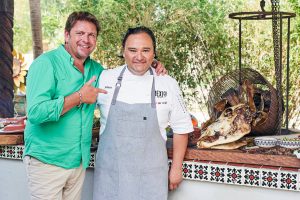 Austin was the destination for the 8th episode. Breakfast tacos, a cowboy themed shopping spree, meat and vegan BBQs, an insight into the Austin music scene and cooking with great, locally sourced ingredients! 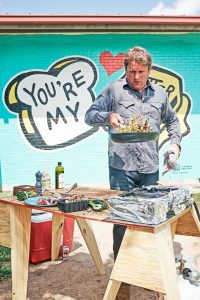 The American Adventure continued with a full cowboy onslaught around Fort Worth, trying cattle roping, cooking outside the cattle exchange and at a riverside oasis, eating some of the best barbecue meats on the planet and taking part in line dancing at The World’s largest honky-tonk!

Week 2 ended in Dallas. Touring, cooking and showcasing his very own take on Dallas at Southfork. He headed to the Texas State Fair where he tried classics including the corny dog and deep fried butter and visited food hot spot The Flora Street Café! 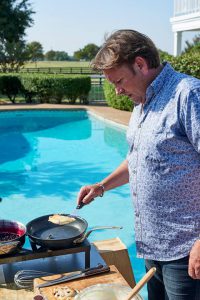 The third week then kicked off in New Orleans! James drives a 1970’s Pontiac into town, visiting a roadside seafood market and cooking in the famous Louis Armstrong Park and in the centre of The French Quarter. He meets The Songbird of New Orleans, singer Robin Barnes, eats at The Palace Café and taste local specialities like the po boy sandwich and sweet begniets. 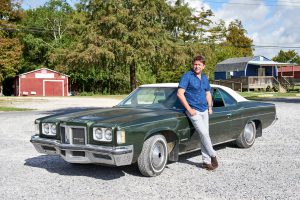 After visiting New Orleans in the 11th episode his next stop was up in Louisiana’s plantation country. His car this time was a red Mustang and he visited historic Houmas House and cooked in the amazing gardens before sampling gumbo! He then went on a ghost tour and found out about the people who once lived and worked on the property. 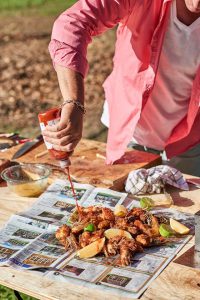 Louisiana’s swamplands was the 12th stop, where James ditched the car for a high-speed boat and cooked some amazing food. He discover Lafayette, where he visit a family run smokehouse Johnson’s Boucaniere and the legendary Borden’s ice cream parlour! 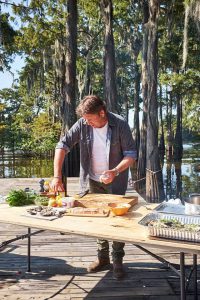 James then headed to Avery Island, a large salt mound, and the home of the chilli peppers used to make Tabasco Sauce on the 13th episode! He then met the family who runs the Tabasco company, and takes a trip on a fan boat and cooks two amazing dishes! 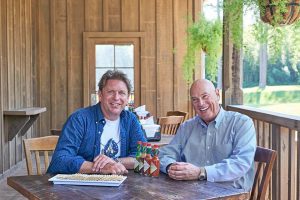 James wrapped up the third week by being in Baton Rouge, experiencing a truly American phenomenon…tailgating, which involves people barbecuing, cooking and sharing food from the back of their trucks, and then visited an amazing oyster restaurant and saw the LSU Tigers play! 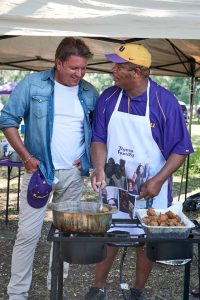 A few recipes from the show… 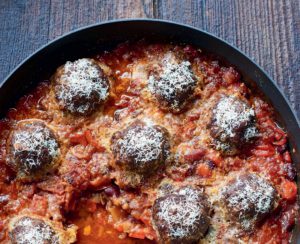 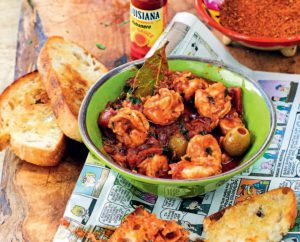 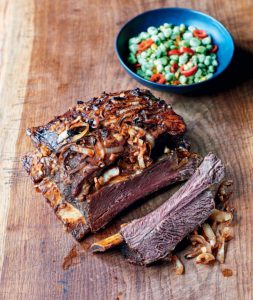 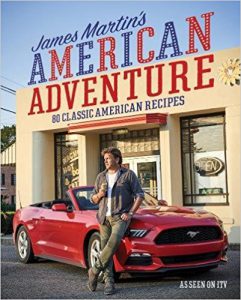 Give it a watch you will be impressed!

This website uses cookies to improve your experience while you navigate through the website. Out of these, the cookies that are categorized as necessary are stored on your browser as they are essential for the working of basic functionalities of the website. We also use third-party cookies that help us analyze and understand how you use this website. These cookies will be stored in your browser only with your consent. You also have the option to opt-out of these cookies. But opting out of some of these cookies may affect your browsing experience.
Necessary Always Enabled
Necessary cookies are absolutely essential for the website to function properly. This category only includes cookies that ensures basic functionalities and security features of the website. These cookies do not store any personal information.
Non-necessary
Any cookies that may not be particularly necessary for the website to function and is used specifically to collect user personal data via analytics, ads, other embedded contents are termed as non-necessary cookies. It is mandatory to procure user consent prior to running these cookies on your website.
SAVE & ACCEPT
Call
Please select a store to call
Quote
WhatsApp
Leave us a message